New Delhi (CNN)What was meant to be a simple uneventful local election has sparked uncertainty over the future of Sri Lanka’s political landscape, after a newly formed party led by former president Mahinda Rajapaksa swept to victory.

The return of Rajapaksa to public life marks an unlikely turnaround for the two-time former president, who was unceremoniously voted out of office in 2015, amid allegations of corruption, nepotism and war crimes.
Considered a military hero among supporters, 72-year-old Rajapaksa was first elected president in 2005 and returned to office in 2010, a year after government forces routed Tamil rebel groups to end the country’s brutal 25-year civil war. His surprise victory last Sunday now threatens to upend a still fragile political system marred by years of conflict and instability. 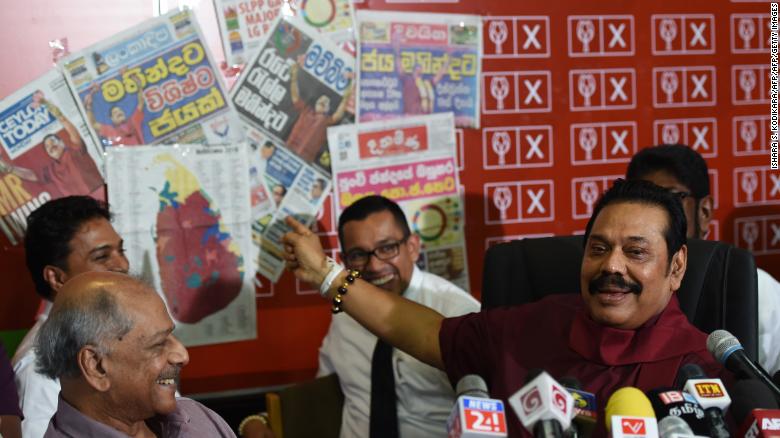 Former Sri Lankan president Mahinda Rajapakse holds a newspaper displaying areas where his party won local government seats during a press conference in Colombo on February 12, 2018.
Addressing reporters at a press conference in the wake of the result, Rajapaksa called for the immediate dissolution of parliament and a snap national election.
“The victory is a clear indication that Sri Lankans are fed up of inaction and want to rebuild Sri Lanka,” said Rajapaksa in a message posted on his official Facebook page.
By effectively transforming the local election into a referendum on the country’s ruling party, Rajapaksa has positioned himself as the figurehead of growing anti-government movement.
Rajapaksa’s campaign targeted the government’s middling economic record, and its attempt to impose higher taxes, promising Sri Lankans a return to more confident, outward facing rule. Rajapaksa’s supporters also criticized Sri lankan President Maithripala Sirisena for selling off national assets, including a controversial 99-year lease granted to China for the Hambantota port.

Though parliamentary elections are not scheduled for another two years, Rajapaksa’s comeback comes at a perilous time for the country’s first postwar national government, who have been stymied by infighting and accusations of political inaction.
Led by Sirisena, the current administration was formed in 2015 with the help of a disparate coalition of minority groups, promising a more decentralized, transparent form of governance that would usher in a new post-war era of prosperity for the island nation.
Instead, Sirisena, a former health minister under Rajapaksa, has struggled to maintain unity among his coalition partners while attempting to implement his ambitious reform agenda. 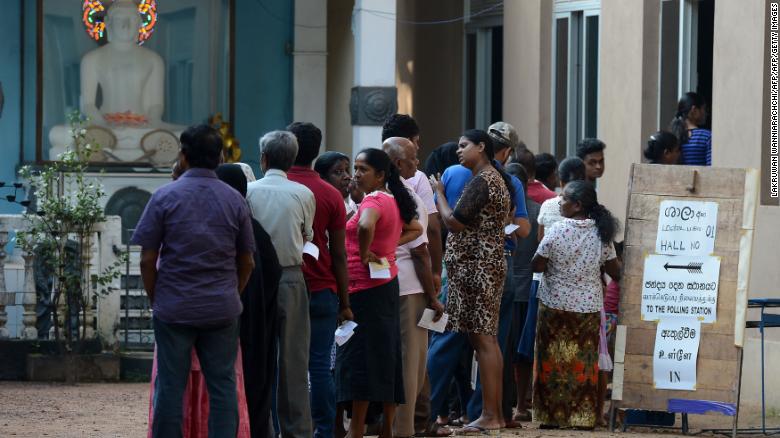 Sri Lankans queue up to cast their vote in the country’s local elections at a polling station in Colombo on February 10, 2018.
Rajapaksa’s Podujana Peramuna, also known as People’s Front won 44.65% of the seats available in the local vote, sweeping aside Prime Minister Ranil Wickremesinghe’s United National Party (UNP) who claimed just 32.63%, and the United People’s Freedom Alliance (UFPA), a coalition led by Sirisena’s Sri Lanka Freedom Party (SLFP) who came third with just 8.94%.
The opposition had not anticipated the scale of the victory, Paikiasothy Saravanamuttu, executive director of the Colombo-based think tank, Center for Policy Alternatives, told CNN.
“There was always the argument that they (Podujana Peramuna) would probably emerge as first or second but they emerged as the largest party in terms of votes and councils by quite a large number,” said Saravanamuttu, who attributed the result to problems relating to “command, control and communication” within the ruling coalition.
“The President himself started attacking his coalition partners and thought that he would win voters but that did not happen at all. The government has been abysmal in its ability to communicate as to what it’s doing, why it is doing what it is doing, and what it intends to be doing,” added Saravanamuttu.

Under the constitution, an early election can only be held with the endorsement of two-thirds of parliament, but with the ruling coalition weakened, the possibility of a snap election cannot be ruled out, say analysts.
“There’s going to be a lot of jockeying in the parliament, within the parties. The dust won’t settle for another couple of weeks,” said Alan Keenan, a senior Sri Lanka analyst at the London-based Crisis Group. “A lot of people will begin gravitating back towards Rajapaksa,” he added. 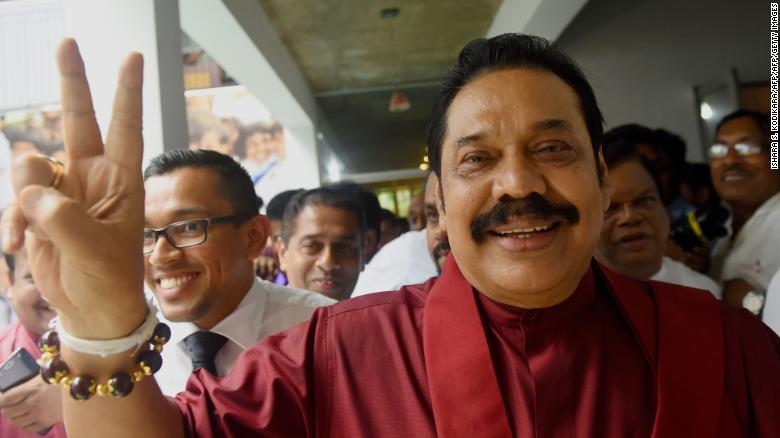 Former Sri Lankan president Mahinda Rajapakse waves to supporters at the party office following a press conference after winning the local government election in the capital Colombo on February 12, 2018.
According to local Sri Lankan media reports, Sirisena is expected to make a special statement on the future course of National Unity Government before the weekend.
“The government will need to figure out how to come together. They need to go back to the drawing board and return to their fundamental principles and start to deliver,” said Keenan.

Despite his recent electoral success, Rajapaksa remains a controversial figure in Sri Lanka, where scars from the decades-long civil war have yet to heal.
A 2011 UN report found credible allegations of war crimes and crimes against humanity committed by both sides during the final stages of the fighting.
Rajapaksa has long dismissed the report, and while in power refused to open an internal investigation into the findings
According to the UN report, between September 2008 and May 2009, tens of thousands of civilians were killed in Vanni in northern Sri Lanka, a period that coincides with an advancement into the same area by the Sri Lankan army.
Rajapaksa’s brother, Gotabaya Rajapaksa, was Sri Lanka’s defense secretary at the time and in charge of government forces.
The government described the report as “biased, baseless and unilateral.”

UN human rights chief will not seek a second term